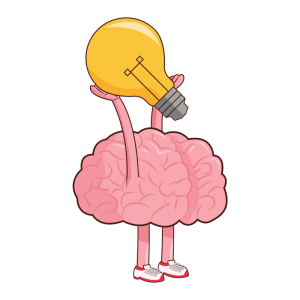 The Bombardment of the Sensory Brain

Numerous articles and publications discuss the effects that our modern-day world and technology are having on our brains. I would like to simplify things right off the bat and state a little-discussed fact: every piece of sensory information to which you are exposed will re-wire your brain. Whether it is sound, light, touch, gravity, movement, smells, taste, etc.; stimulation to any of your body’s multiple receptors will fire neurons that send information to the brain. The old saying “neurons that firer together wire together” applies here. Now, the extent to which your neurons form new connections or fortify old connections depends on the frequency, intensity, and duration of the stimulation to the pathway. Bottom line, when it comes to activation and experience, the brain can learn to do things well (positive neuroplasticity) or it can learn to do things that aren’t good (negative neuroplasticity). In a world where we consciously like to believe we are in full control of things, it becomes an unpleasant fact that we are dependent and constantly manipulated by all the sensory information that bombards us every moment of our lives.

Let’s use light as an example. We know that if we were to flash light in front of a person with epilepsy it would not be a good thing. We also know that some people are sensitive to light and that others become depressed from lack of sunlight. Why is this? If you trace the pathways from the photoreceptors in our eyes, you would come to an area in the brainstem called the mesencephalon where roughly 10% of light stimulation is received. This area excites the rest of the brain and fires down to excite our sympathetic nervous system. Since no human brain is the same, each person’s response to a sensory stimulation is different. Someone with an over excited nervous system (ex. Epilepsy) cannot handle the stimulation. On the opposite end of the spectrum, someone with a underactive nervous system requires more light stimulation to function better. This is where a comprehensive neurological examination by someone who understands the nervous system is of paramount value.

In closing, all sensory information is excitatory. Consequently, are we getting too much or too little stimulation in our lives? Think about it; does our modern world increase or decrease our exposure to sensory information? The answer, of course, is we are now bombarded with sensory information and this is ramping up our brains. Also, think about what is going on around you in a calm setting versus a place that you need to protect yourself. One is lowly lit with calm flowing sounds and very little movement. The other is full of short frequent bursts of loud noises, flashes of light and chaotic movement around you. If you understand this then you can start to take control of your sensory overload. Sometimes the true power is turning the power off.

Real Wellness Doc is the official blog by Functional Endocrinology of Ohio, an organization that gives hope to those who lost it, heals those who need it and inspires those who seek it. Dr. Keith Ungar and his team work dedicatedly for their patients to restore their God-given health potential.

Find us on Social Media